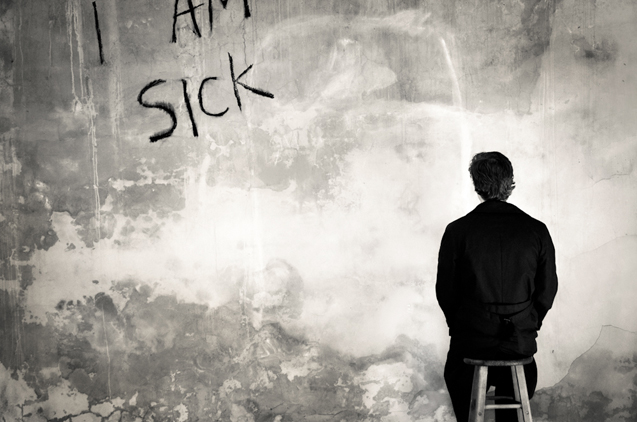 Spoiler Alert: The endings of the following series or books are used as examples on this page: The Hunger Games Trilogy, The Divergent Trilogy, The Eye of Minds and Code Name Verity.

Sometimes, real life situations elucidate theories. When this happens the theory is proven and becomes more pertinent; a concept turned memory. Something not easily forgotten like dates of revolutionary war battles. These theories turned memories become part of our informed view of the world, a fabric of being, carried within us until unproven by another.

Recently, I was (un)lucky to have one of these shocking realizations. During a conversation on relationships, I spat, “You’re an unreliable narrator,” to a new acquaintance. My rude utterance was the safest hint to my acquaintance that they lacked certain facts; facts that I was privy to and would change their perception. Like a block of ice dropped on the crown of my head, the realization hit: withheld information is the foundation of unreliable narrators.

It’s known that my favorite works of literature contain unreliable narrators1. The main reason these books are so beloved is due to these narrators. Further, I find my own writing leaning toward this style2. So, the topic of the unreliable narrator frequently resurfaces in my theoretical thoughts and discussions on literature and writing. However, it took a real life, emotional experience to solidify my understanding of unreliability as a writing element.

W.G. Sebald states in an interview with James Wood:

“I think that fiction writing which does not acknowledge the uncertainty of the narrator himself is a form of imposture which I find very, very difficult to take. Any form of authorial writing where the narrator sets himself up as stagehand and director and judge and executor in a text, I find somehow unacceptable.”

I agree and would add that the unreliable narrator more accurately conveys the contemporary human experience. Existence is limited to one’s singular perspective. Physically, we only see through our own eyes; emotionally, we relate because of commonalities in personal histories (i.e., our memories). Our perception of the world is particular and exclusive — there is no other way3. Humans are unreliable narrators because we are tethered to ourselves. So, it is no wonder that, to varying degrees, the unreliable is the most realistic narrative style.

The longer I ponder elements of writing, the more I return to the idea of information4. What information is imparted, when it is revealed, how, why and by whom5. These are decisions a writer must make to successfully build a story. The continuous choice of information disclosure is, in fact, the act of storytelling. Without information there is no story, there is poetry.

The Unconsciously Unreliable
The most reliably unreliable narrator is the world-restricted. These narrators do not possess necessary facts of the fictional world, other characters, and/or the situations within the novel. The author’s purposeful withholding of information, creates a narrator who presents an unintentionally ignorant and distorted perspective to the reader.

The Hunger Games Trilogy’s Katniss Everdeen is one such narrator. Suzanne Collins withholds various levels of information from her narrator throughout the series. In The Hunger Games, Katniss is unaware that Peeta’s alliance with the Careers is actually a plan to save her life.

In Catching Fire, Katniss is unconscious of the fact that the revolution is constructing her into a symbol against the Capital. She doesn’t even know that a revolution exists until the end of the book.

Finally, in Mockingjay, her misinformation about District 13 and the Districts’ history becomes apparent. Likewise, in the Divergent series, Veronica Roth conceals from Tris that the established fictional world is just a genetic experiment. Both of these examples are the world-restricted version of unreliable narrative. Neither narrator is privy to factual information about their world and situation. Additionally, both narrators are unaware of their unreliability, which might make this type of unreliable narrator the most empathetic.

The self-restricted7 is more untrustworthy and yet more common than the world-restricted. In this style, the withheld information regards the narrator themselves. They lack self-awareness. They may be heedlessly rude or taciturn. They may be insulted by a remark unrelated to them. They may over-dramatize a meaningless situation. In extremities, their incivility leads to full and utter isolation. Without self-knowledge, the narrator cannot accurately convey their relationships with other characters and the fictional world. Without a trustworthy representation of the fictional universe and it’s players, the reader is isolated and dependent on the skewed perspective of the self-restricted narrator.

Although written in close-third person, James Dashner’s The Eye of Minds employs this type of narrative. Michael, the narrative protagonist, is unreliable because he lacks self-knowledge. The truth of what he is — a conscious computer program believing it is human8 — is the withheld information. The world, relationships, and other characters presented to the reader are totally unsubstantive. The actual existence of Michael’s absentee parents, adoring housekeeper, even best friends are questionable. Even Michael’s characteristics, talent for coding, attitude toward the VNS, bravery, care for his friends, fear of death, are disputable. In this form of unreliable narrative, the author conceals the truth of the narrator from himself, thus distorting the perception of the fictional world.

The third division of unreliable narrator are the crazies; or, as Wood’s terms, “the unreliably unreliable” narrator:

Unreliably unreliable narration is very rare, actually – about as rare as a genuinely mysterious, truly bottomless character. The nameless narrator of Knut Hamsun’s Hunger is highly unreliable, and finally unknowable (it helps that he is insane); Dostoevsky’s narrator in Notes from Underground is the model for Hamsun. Italo Svevo’s Zeno Cosini may be the best example of truly unreliable narration. He images that by telling us his life story he is psychoanalyzing himself (he has promised his analyst to do this). But his self-comprehension, waved confidently before our eyes, is as comically perforated as a bullet-holed flag.

The commonality of these narrators is that they are unaware of their unreliability. So they are as shocked as the reader to discover information that changes their perspective of the fictional world and/or their role in it. The effects of the realization can be dramatic. It may shatter personal histories, friendships, relationships, and, worse, the ability to trust one’s own perception. Raising the curtain is not smooth and sweeping. However, the narrator’s unconscious unreliability makes them extremely relatable; narrator and reader were tricked by the author’s withheld information. Thus, this type of narrative evokes a high level of empathy from readers.

Of course, then there are the unreliable narrators who know they are unreliable. These are the liars. Those who are purposely misleading the reader to avoid being known10. An example of the liar style is Elizabeth Wein’s Julia Beaufort-Stuart in Code Name Verity. She is a British spy captured by Nazis in occupied France. The format is a confessional diary of military secrets that she trades for everyday comforts while imprisoned.

The novel’s opening: “I am a coward. I wanted to be heroic and I pretended I was. I have always been good at pretending” (Nook App on iPad, pg 8) are intentionally similar to Notes from Underground’s, “I am a sick man…. I am an angry man. I am an unattractive man. I think there is something wrong with my liver.” I make this comparison because Dostoevsky may be the originator of the modern unreliable narrator. So, the similarities could be Wein’s attempt to alert the reader of Julia’s unreliability immediately. Ultimately, the reader is made aware that the narrator is lying. She is creating stories and misinformation for her captors (i.e., not for the reader). She is not “a coward,” in fact, she is “heroic” and “good at pretending.” These character traits are why readers forgive her for lying, as well as why we empathize with her.

In Twisted Conclusion
Having located these theories within some YA literature, let’s return to the real life situation sparking the idea. When my acquaintance didn’t pick up on my hinting, I blurted out the facts. A tirade of questions followed: How did I obtain this information? Who gave it to me? When? What was my relationship with my informants? What was their intent in telling me? Upon answering, I realized the precariousness of my facts. Tracking down my informants to their sources proved that my facts were conjectures, unfounded onto themselves, stories or assumptions, a spiderweb version of telephone. I, however (un)intentionally, passed misinformation as fact.

I, not they, am the unreliable narrator.
And I think there is something wrong with my kidneys.

3 thoughts on “On Humanity & Unreliable Narrators”