While working in entertainment public relations in my early twenties, the question of criticism was a hot topic of the intellectual discourse. During this time, small websites were launching and blogs were just starting to be gain scholarly traction. Under the New York Times Arts Section’s new editor-in-chief, long standing, respected critics were being replaced with pop culture bloggers.

Since then, the importance of bloggers, Twitterers, Instagrammers, YouTubers, Snapchatters, and Goodreads, Wattpad and Amazon reviewers, can make or break a book. A self-published book can rise to fame as easily as a well respected author’s tenth book can be decimated. And unfortunately, a random person with no expertise or education in a certain art media may be taken as seriously as an expert because they are write on similar platforms. Thus, the question of defining Opinion versus Criticism becomes one’s expertise.

So, how do we distinguish between experts and non-experts writing about the same art work and standing on the same dais? For me, readers of “reviews” (excuse the quotations, I felt the need to use them, since I do not consider an opinion a review) must know the difference between Opinion and Criticism; and by knowing the difference, be able to weigh the importance of each accordingly. Unfortunately, these words have become interchangeable, but could not be more different. (For now, let’s not jump down the rabbit hole of how or why they became interchangeable; that is a separate essay altogether. Further, allow me to state that one of the most intelligent, well educated — because he saw so much, not because he went to an Ivy — theater reviewers I’ve ever met, wrote for a teeny-tiny blog way back in the 2000s. Education comes in a variety of forms — mine certainly did!)

The difference between Opinion and Criticism is simple. Anyone can have an opinion. (I sure have them all the time!) An Opinion — I liked that movie, I like those shoes, that haircut is terrible, I hated that book — does not require reason, back-up theoretics or any level of education on the subject. Opinion is instinctual and doesn’t need to adhere to the format of intellectual discourse: theory, statement, back-up reasoning, historical placement. In the book world, opinion does matter, because it assists with word-of-mouth, which in my little experience in the publishing world, can be very helpful for book sales. If a friend likes the same books as you in the past, you’re more likely to adhere to their opinions and recommendations. A friend recommends a book because they “liked it” or “it was cool” or “there’s a killer twist!” “OMG Edward is sooooo sexy!” Those are opinions that are not dependent on intellectual analysis. 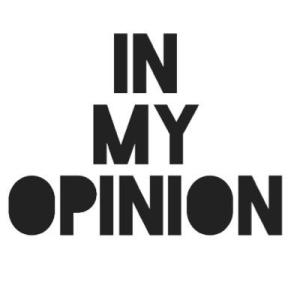 Criticism, on the other hand, is dependent on intellectual analysis. Examples must be provided when someone judges a book (“it was the best book of the year” “it was terrible” “it was sexist” “it sets the art of writing back 25 years”). This takes a level of knowledge about literature, the subject matter, the author, the political ideas, the history of the media, the place the piece holds in the entire history of the media, etc. etc. etc. When a critic writes about a book they are required to provide reasons and examples from the work.

The difference is simple enough, correct? I think so, too. However an issue arrises when Opinion and Critique are confused. Unfortunately, this confusion is prevalent now because a reader’s Opinion is only a tweet away from a critic’s Critique. Whose words is a reader supposed to trust? Further, some readers present their Opinion as Critique. Goodreads has an R2R program (“Read to Review”) that a provides readers with free copies of a book in exchange for their “review.” Herein is the issue. These are (mostly) not critics, they are readers with Opinions. But defining them as “Reviewers” raises the exact issue we’re discussing.

Perhaps, worst of all, is the opinionated reader self-proclaiming their thoughts as Criticism. Whereas Criticism opens a discussion between the book, readers, other critics and the author, Opinions silence this discussion. The most obvious way to tell an Opinion representing itself as Critique, is when request to explain their Critique, the phrase “well, that’s my opinion” is used to gag the conversation. In the worst cases, these interactions or desire for conversation turn into online slander or bullying against the askance. For instance, describing a book as sexists or racists, is a Critique which needs in-depth analysis and carefully formulated writing. You wouldn’t just walk up to a stranger on the street and call them a sexists without proof, would you? Only a crazy person would do so.

So, although Criticism and Opinion are valid in our society, we need to be thoughtful about how they are expressed and the level of importance they are attributed. Artists need Criticism, as Henry James says, “Criticism talks a good deal of nonsense, but even its nonsense is a useful force. It keeps the question of art before the world, insists upon its importance.” 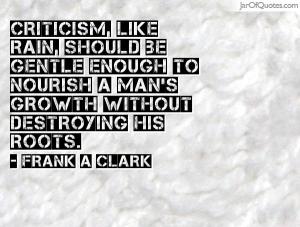