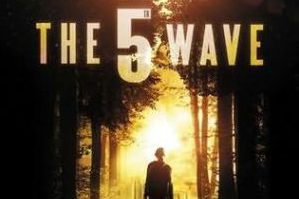 So-called omniscience is almost impossible. As soon as someone tells a story about a character, narrative seems to want to bend itself around that character, wants to merge with that character, to take on his or her way of thinking and speaking. A novelist’s omniscience soon enough becomes a kind of secret sharing; this is called “free indirect style,” a term novelists have a lot of different nicknames for – “close third person,” or “going into a character” (Wood, pg 7-8).

We do this all the time, don’t we? When telling a story, I give the people in it (a friend, colleague, stranger) a voice…lazy, accented, dandelioned with “likes” and “ums.” I am creating character (“going into the character”) by changing my own voice, tone, word choices. The change from “actual person” to a “character” happens because it is an inaccurate replication. These people in my recalled stories are my (the author’s) perception of them, and thus no longer themselves, but a character. Usually, this means they are less intelligent, charming and/or amusing than they are in person. (I lack the special talent of verbal storytelling.) Yancey, however, has none of these issues.

Below are two examples from The Fifth Wave of Wood’s free indirect style. Both are taken from Sammy’s (the youngest narrative) perspective. One is the example of the entrance into that close first person and one is the exit. I found the clarity of the entrance and exit of this style interesting, since Yancey’s are so clean and obvious.

There are no planes in the huge hangar, much to Sammy’s disappointment. He’d never seen a fighter jet up close, though he has piloted one a thousand times since the Arrival. While his mother lay dying down the hall, he was in the cockpit of a Fighter Falcon, soaring at the edge of the atmosphere at three times the speed of sound, heading straight toward the alien mothership. Sure, its gray hull bristled with gun turrets and ray cannons and its force field glowed a fiendish, sickly green, but there was a weakness in the field, a hole only two inches wider than his fighter, that if he hit just right…And he’d have to hit it just right, because the whole squadron had been wiped out, he was down to his last missile, and there was no one left to defend the Earth from the alien horde but him, Sammy ‘the Viper’ Sullivan. (NOOK pg 192)

If this isn’t a child’s re-imagination of himself as Luke Skywalker, then I don’t know what is. The reader is fully immersed in Sammy’s mind. Removed from the immediate action (entering the hangar) and placed into the child’s memory of dealing with trauma (his mother’s dying) by imagining himself in the “cockpit of a Fighter Falcon,” as the hero who saved earth (his mother) from “the alien horde.” The reader is so immersed in this narrative, that the authorial narrative completely fades away. Yancey’s uses word choice, words a fighter-jet-obsessed boy would know, to illustrate the shift to his perspective. A boyish narrative that describes an alien ship’s “hull bristled with gun turret and ray cannons” and “its force field glowed a fiendish, sickly green.” The way in which a boy heightens the drama of the situation, “because the whole squadron had been wiped out” the only one left was “Sam ‘The Viper’ Sullivan” (note the removal of his baby-name “Sammy”). Sentence length and the multiple “and” signify a child telling a story. The thought process that adds more and more, faster and faster until exhausted. Most importantly, the writing style is true to the character. This examples illustrates Wood’s free indirect style using word choice and sentence structure, while building and sustain character.

Another interesting aspect of Yancey’s free indirect style is his exiting of said style. Something I had never thought about before I read the section below. How does an author, working with multiple perspectives, shift from one to another, other than the obvious chapter breaks? Using the same character of Sammy, Yancey writes:

In the first paragraph, we are still in Sammy’s perspective. He describes his surroundings in incomplete sentences and believes he is going to “Camp Heaven” (the reader knows the location is called “Camp Haven”). Also, Yancey’s use of the word “forever,” a childlike exaggeration, is distinctly Sammy. But as soon as “he falls asleep waiting,” the reader is drawn away from Sammy, out of free indirect style. We are no longer in Sammy’s consciousness. He does not know that the buses pull up to Camp Haven. We know he does not know because he is asleep. Instead, we are in the authorial narrative voice. We are receiving facts about the surrounding, which in turn become important to another character’s story. Facts that Sammy, as a child, is not yet responsible enough to relay to the reader. Yancey pillows the shift between character’s close third person by changing to an authorial narrative.

Ultimately, Wood’s explantation of free indirect style hit home for me. Is not every story a personalized perspective of the events? Wood’s proclaims Flaubert and Austen, I proclaim Carrie Bradshaw and Dostoevsky. What we are ultimately discussing is the unreliable narrator, and further yet, the innate inability for any work of fiction to be omniscience and thus the impossibility of every receiving the “real, unaltered” story. Free indirect style builds characters and characters carry the story. Also, free indirect style builds story and thus develops character. Further proving that the individual pieces of writing techniques are so intertwined it is impossible to speak of one without ending in another.

8 thoughts on “The Fifth Wave: Embodying Narrative in YA Lit”

Join 323 other subscribers
Follow How Y.A. Fiction Works on WordPress.com