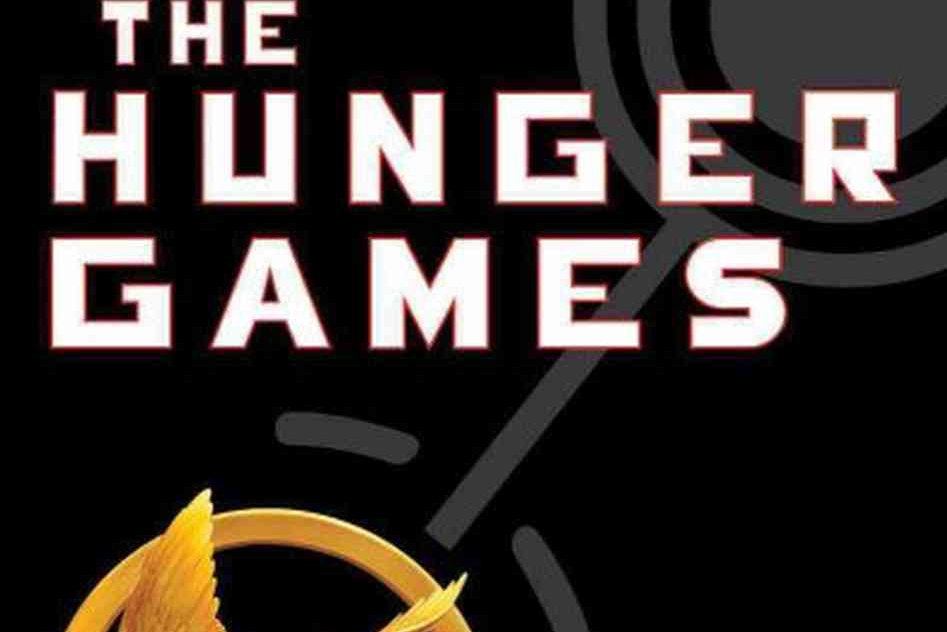 Spoiler Alert: The Hunger Games series’ ending is discussed in this post. Sorry, but really, you haven’t read them?

There isn’t a way to discuss contemporary young adult literature without slamming headfirst into The Hunger Games. Whether onto itself, or in comparison to other books, it is undeniable that Suzanne Collins’ series has made its way into the worldwide conversation of YA. There are a number of reasons why the books are so popular among such a diverse audience. Personally, I’ve reread them and re-watched the movies mostly because I empathize with the characters. Heck, I downright like Katniss. Also, even though I know the ending, I’m still excited to find out what happens next.

So, the question is: how does Collins successfully create characters and plot that readers continually return to? The answer is through the creation, expression, and raising of stakes . Stakes assist with creating characters, and building characters assists with defining stakes. Character and stakes are the double-helix spindle running through the book’s spine; the backbone of story. Unfortunately, these writing aspect do not lend well to line-by-line analysis. Their creation is somewhat theoretical, sometimes decided upon even before a word hits the manuscript page. They are part of the superstructure of fiction. Most likely, explored and chosen during the planning process and/or honed and adjusted in the second draft.

My current interest in stakes and character is purely selfish. I’m having issues with a work-in-progress and searched for the problem’s source. I spent days untangling threads; finally arriving at its lack of conflict, especially in the premise1. Without conflict, the story lacks drama, and without drama it’s boring. So, I asked why is it lacking conflict2? If story conflict is nothing more or less than (at least) two opposing desires, then I had to reconsidering my characters. Specifically, their desires, how those desires clash, their actions to obtain the desire, and the repercussions of failure. These questions define the story’s conflict and the characters themselves. The character’s goals and risks are a story’s stakes.

Donald Maass (pretentiously, yet accurately) explains stakes as “…I can usually stop a story pitch dead in its tracks by interjecting the following: ‘Hold on, your protagonist wants to [insert goal here], but let me ask you this, if he is not successful, so what?’… Then what? That is the essence of defining what is at stake. What would be lost?” (Paperback, pgs 59-60). Robert McKee in Story agrees, more eloquently:

So, what is Katniss’s desire? At first, I thought: survival, staying alive. However, by asking why she wants to survive, I came to realize her concern is not her own survival. Her true goal is presented in the first paragraphs of the book:

When I wake up, the other side of the bed is cold. My fingers stretch out, seeking Prim’s warmth but finding only the rough canvas cover of the mattress. She must have had bad dreams and climbed in with our mother. Of course, she did. This is the day of the reaping.

I prop myself up on one elbow. There’s enough light in the bedroom to see them. My little sister, Prim, curled up on her side, cocooned in my mother’s body, their cheeks pressed together. In sleep, my mother looks younger, still worn but not so beaten-down. Prim’s face is as fresh as a raindrop, as lovely as the primrose for which she was named. My mother was very beautiful once, too. Or so they tell me.

Sitting at Prim’s knees, guarding her, is the world’s ugliest cat.

Collins’ immediately illustrates Katniss’s devotion to her sister. Prim is loved, above all else, by Katniss, their mother and even an ugly guard cat4. So, if Prim is “what’s at risk” we can examine “how its at risk” and how risk is heightened throughout the novels.

The premise of the book contains plenty of inherent conflict. The Everdeen sisters lost their father and primary breadwinner, their mother is mentally untrustworthy, they are extremely poor, Katniss engages in illegal activities to feed them. Oh, and a bunch of rich people want to see them killed as entertainment. The stakes begin high, and we’re only at base camp.

This often means not making the basic danger deeper, that is, worse in the same way. Rather, it means adding different types of danger, those unanticipated extra losses that compound misery. To put it another way, if a gigantic meteor from space is going to wipe out Earth in three days, there is no way to make that imminent calamity worse. Heck, we are all going to die! However, you certainly can make the intervening three days more hellish. War could break out. What? With only three days of human life left to live? Sure. Why not?

Katniss is already fighting for Prim’s survival. So, to raise the stakes, Prim is chosen at the Reaping. By putting Prim’s life in greater danger, Collins forces our protagonist to act. Katniss volunteers as Tribute5, exchanging her life (taking on the danger6) for Prim’s. Again, Maass, “Can you point to the exact pages in which the stakes escalate, locking your protagonist into his course of action with less hope of success than before?” (pg 59). Why, yes, Mr. Maass, I can: The Hunger Games, page 16.

If we stick with Maass’s logic, then “An essential question to aid the construction of rising stakes is this: How could things get worse? A related question is the following: When would be the worst moment for them to get worse? Escalation of stakes is enhanced by sharp timing” (pg 78). The Hunger Games accomplishes this aspect of raising stakes, as well. Remember when Katniss gets burned in her first Games? Immediately following the injury, the Careers find and “tree” her (she cannot outrun them because of her injury and can’t fight them without a bow). To further complicate this event, she discovers Peeta’s alliance with the Careers – one based on tracking and killing her. A second example is when Katniss blows up the Careers’ food supply, in the process losing her hearing. Auditory ability is one of the most important senses, especially for hunters. The removal of Katniss’ sense propels her into graver danger. Another example: Katniss returns to the cornucopia to retrieve vital medicine for Peeta7 and is almost killed by Clove. These are just a few examples of Collins’ continually raising stakes, heightening Katniss’s risks.

It is easy for a reader to sympathize with Katniss because “all this bad stuff keeps happening to her” or “she’s really unlucky.” Wrong! Collins is purposely tormenting her protagonist. Again, Maass:

…you, the author, be willing to make your characters suffer. That can be tough to do, but consider this: Being nice does not engender great drama.

Maass’s writing style may be ineloquent, but he makes a point. To create memorable characters, authors must tap into their sadomasochistic selves. They must torture their creations. Addressing this process is how authors’ generate whole characters. As their progenitors, we already adore them, but we will come to respect them if we test their limits, see who they become on the other side of their trials. It is how we discover their faults, acknowledge their mistakes, forgive (or not) their misdeeds and finalize them on the page as three dimensional beings.

Collins accomplishes this throughout The Hunger Games trilogy. Katniss is put through the ringer again and again, physically and emotionally. Each time something “good” happens to Katniss (she and Peeta win their first Games), something “bad” immediately follows (they are forced back into the Games). Collins refuses her characters’ more than a moment of respite. Perpetually choosing the worst event at the worse moment creates intense drama, exciting plots and endearing characters.

Further, I believe, Collins’ smartest, bravest moment as an author is killing Prim8. A decision thereby undermining every meaningful action, risk, success, and failure of her protagonist. If you haven’t figured out the meaning of that writerly choice, I highly advise you to return to the books – and keep re-reading.

14 thoughts on “The Hunger Games: Stakes, Risk & Character in YA lit”

Join 323 other subscribers
Follow How Y.A. Fiction Works on WordPress.com